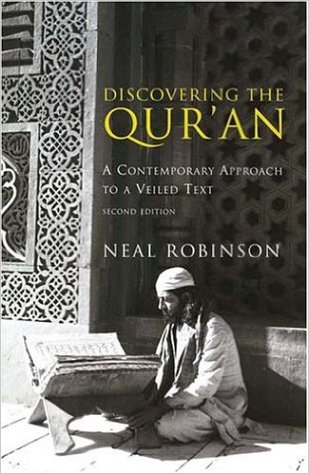 The Qur’an in translation is sometimes wrongfully described by the western reader to be lacking any coherent structure, jumping from topic to topic without making clear the link between them. The rhyme and the innate musicality is lost in translation yet is one of the things that makes the book so powerful. Furthermore, these are key to making connections within a passage of the Qur’an that may not be clear at first glance.

Neal Robinson applies modern methods of literary analysis in order to uncover some of the style and the structure of the Qur’an. His findings are very interesting!

To give a brief example, he breaks down some Meccan surahs into “units” of rhyme, which is called the “Isochronic unit”. A short vowel is one isochronic unit, while a long vowel is two. In arabic, a short vowel would be any of the sounds indicated by a dhamma, fatha or a kasra, and a long vowel would be the ي  (“ee” sound) in العظيم (al’adheem). In application to the first five verses of Surah Naba:

An obvious pattern emerges, one can see that there is a ring structure based on the rhyme, with verse 3 in the centre. It is the focal point of the passage, with both its length and its centrality giving it significance. Such reflections can give us more insight to the message of the Qur’an: what verses are being focused on, and why. Robinson’s attention to musicality uncovers some interesting insights that allow for more thematic reflection to take place. Again, looking at Surah Naba:

Discovering the Qur’an provides many, many more examples of Qur’anic coherence and refined style and much more. Robinson’s analysis is not just limited to poetic structure of Meccan surahs: he extends his hand to the far less rhythmic Medinan passages and discusses the ordering of the Surahs of the Qur’an from a literary perspective. He also dedicates chapters to rebutting Hagarism, Qur’anic chronology (where there are some surprising findings) and also covers historical approaches to the Prophet’s biography. There is also a chapter at the beginning to introduce the Qur’an to the non-Muslim reader.

The book serves to bolster the claim that the Qur’an is a work of one author in one period of time rather than a text that arose over the centuries through the works of many. Disproving the claim of multiple authorship seems to be the main aim of the work.

With a rigorous methodology and an enjoyable writing style, Robinson’s “Discovering the Qur’an” is a real treat for all interested in Qur’anic studies!

Welcome to by blog!
Join 113 other subscribers